Ahmednagar is a city in the Nashik district of Maharashtra about 120 km northeast of Pune and 114 km of Aurangabad. Ahmednagar get its name from Ahmad Nizam Shah I, who founded the town in 1494 on the site of a battlefield where he won a battle against superior Bahamani forces. Book a 2/3/4/5/6 days city tour package of Ahmednagar to visit the tourist destinations with Buzzway. Get the best deal with exciting offers on every taxi service booking with Buzzway.in

What are the Top Sightseeing Places to Visit in Ahmednagar?

Nashik or called Nasik is the largest city in the northern region of the Indian state of Maharashtra. It is the fourth largest city in Maharashtra after Mumbai, Pune and Nagpur. The city is situated on the bank of the Godavari river. Nashik is one of the important pilgrimages as the Kumbh Mela is held every 12 years. The city is 190 km away from the state capital Mumbai. Nashik city is called the "Wine Capital of India" as more than half of India's vineyards. 90% of all wine in India is produced in the Valleys of Nashik. Book a 2/3/4/5/6 days city tour package of Nashik to visit the popular tourist destinations with Buzzway.

How to Reach Nashik by Air?

Nashik airport is well connected with a network of roads. It has regular flights to major Indian like Ahmedabad, Pune and Mumbai. Outside or while at the airport you can hire a Nashik airport taxi service.

How to Reach Nashik by Train?

Nashik Road railway station is well connected to the rail routes from the Mumbai rail route which is an important railhead. The Railway station is located at Lali Gaon, P&T Colony, Rajwada Nagar, Deolali Gaon, Nashik, Maharashtra - 422214. Many trains from Ahmedabad, Mumbai, Bangalore, Mumbai, Delhi, and Pune pass through the station.

How to Reach Nashik by Road?

Nashik is well linked to other cities by road. Private and state bus and taxi services are serving the best ride from Nashik to other cities of Maharashtra like Mumbai, Pune, Aurangabad, and many more. We provide the best taxi service between Mumbai-Nashik, Vadodara-Nashik and Surat-Nashik.

What are the Top Sightseeing Places in Nashik?

Whether you want to travel or explore different cities and tourist sites with your pet, it doesn't matter. Depending on your city or town, you can choose the most appropriate pet-friendly taxi service. In Ahmednagar to Nashik car rental service, we offer dog-friendly taxis. With pet taxi services, you can pick up and drop off your dog in a safe, convenient, and affordable manner. In addition, we will pick up and drop off your pet at the airport. The Buzzway car rental service is able to provide pet boarding in the city as well as other services. Our pet-friendly taxi service in Ahmednagar is reasonably priced. 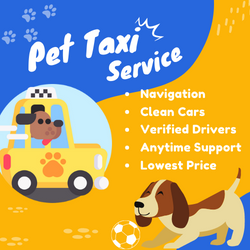 Hire the top-rated pet-friendly taxi service from Ahmednagar to Nashik. On Buzzway you can get the finest drivers that are experienced pet sitters, dog walkers and friendly with pets.

We are loyal to serving safety and satisfaction to our customers. For being with us, it becomes very effortless to have a one-way ride from Ahmednagar to Nashik. We are trying to serve you with the best taxi services. Your cab partners in Ahmednagar are so polite and friendly as they make sure that you’ll never get bored while having a ride. We provide the best taxi services in Ahmednagar.

Car on Rent from Ahmednagar to Nashik

Which is the best taxi service from Ahmednagar to Nashik?

What is the distance from Ahmednagar to Nashik?

The calculated distance from Ahmednagar to Nashik is 156.7 km and it would take up to 3 hours 43 minutes via NH160.

What is the Taxi fare from Ahmednagar to Nashik?

The lowest fare between Ahmednagar to Nashik is Rs. 2,104*.

What are the popular places to visit in Ahmednagar?

What are the popular places to visit in Nashik?

Why do Pet owners prefer booking pet sitters chauffeurs in Ahmednagar through Buzzway?

What are the payment options for booking a cab from Ahmednagar to Nashik?